aespa are set to make a comeback this month, according to their agency SM Entertainment

Earlier today (May 4), South Korean outlet Ilgan Sports reported that rookie K-pop girl group were in the final stages of preparation for their much-anticipated comeback, scheduled for May.

The report was subsequently confirmed by SM Entertainment, which added that other details of the comeback will be disclosed at a later date. “It is true that aespa are making a comeback in May. The exact date will be announced later,” it said, as translated by Soompi.

aespa’s forthcoming return will be the group’s second release of the year, following February’s ‘Forever’, which was a remake of Yoo Young-jin’s 2000 holiday song. The four-piece girl group made their debut in November 2020 with the single ‘Black Mamba’.

In a three-star review of ‘Forever’, NME’s Ruby C said that the quartet added “feminine touch” to their rendition. the remake manages to do justice to the original, and may even be a little more believable, thanks to aespa’s sweet, girlish charms,” she added.

aespa were also named as the new global ambassadors of French luxury brand Givenchy in February. The brand’s creative director Matthew M. Williams explained that the artists’ “firm personality and style” influenced their choice, stating that he was “overwhelmed by the energy each member had.”

In other K-pop news, Taeyong of NCT and Baekhyun of EXO recently released a new collaboration called ‘Monroe’. The track, which was inspired by late pop culture icon Marilyn Monroe, features lyrics written by Taeyong and was released on his Soundcloud account. 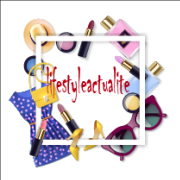 With Product You Purchase

Over 28,500 shows booked for grassroots music venues this summer

“It was such a drug-infused time”